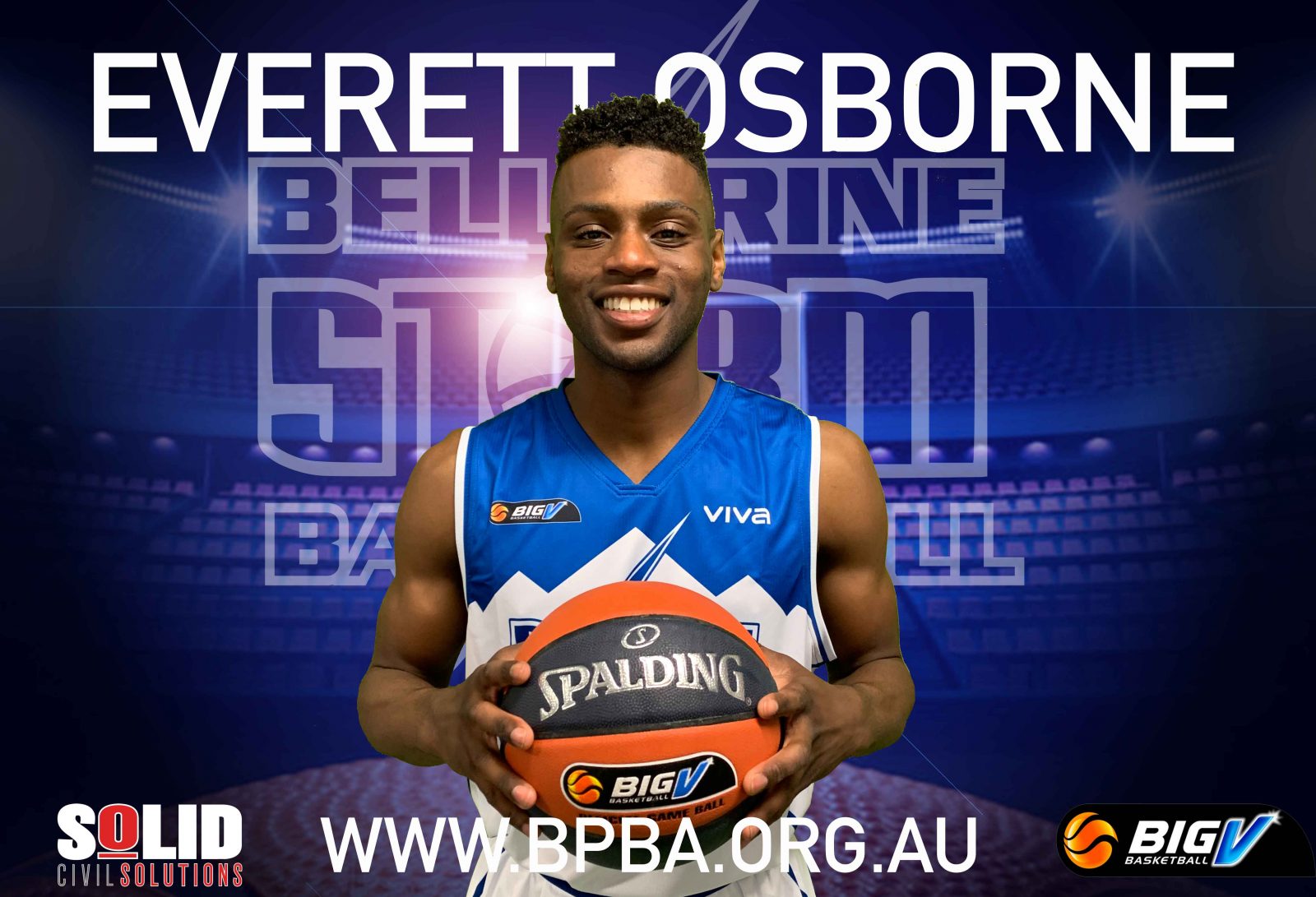 The long wait is over, Everett Osborne has arrived at Bellarine Storm. Everett will join the Big V Men’s team and fill the final roster position. Having spent time in 2017 training with some players from the Phoenix Suns, Everett was picked up to play for Woodville Warriors in the South Australian Premier League last year, Everett made a huge scoring impact averaging 21.28 points. Everett has just the fire power the Big V Men’s team needs to stay in finals contention.

Everett also takes his acting seriously having stared in a Nike commercial with LeBron James and Kevin Durant that has had more than 25 million YouTube views.

Everett Osborne filmed the ad in Los Angeles alongside James and Durant in August 2017 after being chosen from a lengthy audition process. Osborne, plays an aspiring basketballer who progresses from streetball to college ranks to getting signed by NBA powerhouse Cleveland, where he teams with four-time league MVP James.

The commercial culminates with Osborne defending nine-time all-star Durant then dunking a James alley-oop to win a game against the Golden State Warriors.

Everett will take the court in a Bellarine Storm uniform on Saturday night away against Melbourne Uni, his first home game will be this Sunday against Warrnambool.