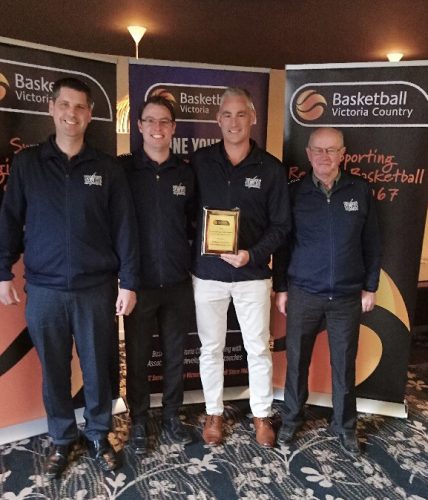 Message from the President

As President I was very honoured to receive an important award for Bellarine Basketball at the Basketball Victoria Country annual awards. Our Association won the Outstanding Achievement Award by a large Association in Victoria. This is very nice recognition for the hard work performed by our association over the last year.

In January 2018 our committee set some decent goals in regards to the development of basketball via players, coaches, referees and our senior programs. So in January 2018 we made the immediate full time appointments of Aaron Lothian as our General Manager and Tim Sanderson as our High Performance and Development manager Both Aaron and Tim were instrumental in contributing to setting our goals and achieving them.

Our Storm VLBL representative program has been taken to a higher level of achievement as a result of player and coach development. We have generated an influx of participants in our junior ‘Slam Jam’ programs. In 2018 we started our senior programs with our inaugural CBL teams launched and more recently our Big V  Women’s and Men’s teams commenced and have been very competitive.

I would like to thank my Board and our three team members Aaron, Tim and also Tyrene Kane  for their great work during the year as well as our support staff, officials, referees, players, volunteers and sponsors.

There is a real buzz around Bellarine Basketball as we have some real momentum and we look forward to becoming even bigger and better.